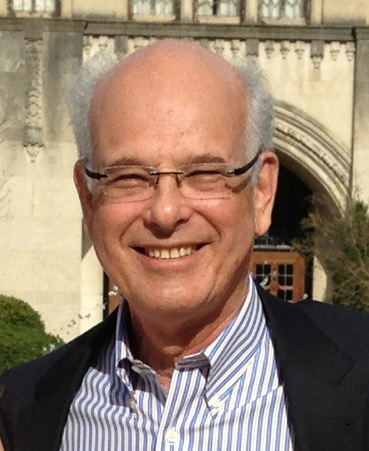 Prior to commencing rabbinic studies, Rabbi Saulson served as a volunteer in the US Peace Corps.

His rabbinic experience includes the pulpit, religious education, administration, publication, and community work.  He has headed communities in his native USA and overseas.

Rabbi Saulson took up residence in Atlanta, Georgia in 1991, where he served the Jewish community as its chaplain through Jewish Family & Career Services for 14 years.  He currently provides rabbinical services to community members, at large, and is on the team of local hospices.

Based on more than 30 years of professional pastoral experience and certification as a Family Mediator, with a specialty in Caregiving Mediation, he established Moving Parents© in 2007.  Moving Parents© offers workable decisions and richer relations to individuals and families as they are guided through the well-known as well as less obvious challenges that surface when seniors face significant changes.  Related to his unique practice in family- and elder-care, Scott is registered as a commentator with www.BoomerAuthority.com and with www.SeniorDecision.com, and as an authority with www.TheBusinessHouseInc.com. He has been a support group facilitator on behalf of the Alzheimer’s Association of Georgia.  Also, he is a member of the National Association of Jewish Chaplains and of the Association of Clinical Pastoral Education and a Charter Member of the Atlanta Chapter of the National Aging in Place Council.  He has served as a board member of Senior Connections, Inc., and as an advisory board member to the Clinical Pastoral Education program of Northside Hospital and to the Cohen Home, an assisted living facility of the Breman Jewish Home.

During the General Election of 2000, he was a candidate for the Georgia House of Representatives.

Scott is married to Dr. Diane Wulfsohn, a practicing clinical psychologist.  They have two daughters, Raelle and Aliya.